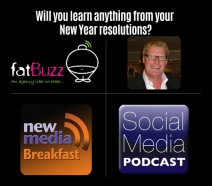 December is usually a time for reflection and January is normally the time for planning and looking to the future, I suppose that’s where New Year’s resolutions come from. Personally, I don’t usually bother with them because I have normally forgotten all about them by the 2nd January.

Life quickly takes over and were back in the swing of work, deadlines, budgets, schedules etc and all the well meaning plans go somewhat adrift.  There is a tendency to carry on a little longer when it comes to dieting to correct over-indulgence during the festive season, I’ve even heard a few friends say they are abstaining from alcohol for the month of January – I could probably do with paying heed to both of these disciplines, but I probably wont!

I was in a discussion today about ongoing personal development and the need for everyone to continually learn and develop.  Widening your knowledge base and expending your areas of expertise is critical for survival in today’s fast changing world and I’m a great supporter of the concept of life long learning.

It occurred to me during my conversation that an excellent New Year resolution would be to commit to attending the New Media Breakfast each month during 2014.  Yes, it probably seems like a shameless pitch for our monthly event but it’s not intended to be.  Personally, I get lots from the preparation of these events as do my team, and I learn a great deal about what really matters to people during the Q&A sessions.

It doesn’t need to be the New Media Breakfast but you should consider regularly attending something that will stimulate the mind, provoke some thought and increase your knowledge.

I know many of the attendees from previous breakfasts have enjoyed excellent networking and been able to make new and valuable connections in the process.  So, whilst your New Year resolution may be to starve the body and get back to full fitness, it’s worth considering feeding the brain and meeting some like-minded people in the process.

Our January breakfasts are in Edinburgh on the 16th January and in Glasgow on the 31st January, you can get full details here.

I would love to see you at either event and at future breakfasts during 2014.