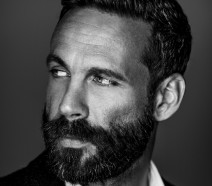 A few years ago smartphones were seen as implements that could take photos but were never revered for their quality, however, there have been huge improvements to smartphone camera resolutions across the board. Especially with Social Media’s image centricity ever increasing, marketers should be taking advantage of the convenience they have to take good images with the tools made available to them by these smartphone improvements. There won’t always be an opportunity to have a high quality, expensive camera with you so Zara and I attended a smartphone photography tutorial held at the Hotel Indigo to help turn that phone in our pockets into DLSR…almost.

The speaker, Dan Rubin, is a very well known designer, photographer and more, who captures and edits a great portion of his work on his iPhone 6. Don’t worry if you’re not an iPhone owner, Rubin made many points of emphasis that he could still conduct his work the same way with another model of phone, it was just a preference. A lot of the photos on his Instagram have been taken with JUST a smartphone, yes, just a smartphone, and people love his work – evident from his 700k+ followers. First, check out his Instagram page to see the quality and definition of his photos to get a taste of what you could do with your images on a smartphone. They’re pretty good right? So the next question is, ‘how on earth did he take such beautiful pictures (such as the one below) on an iPhone, most of mine have bad lighting and are all pixelated…etc’.

Well, in the same way that you can configure an expensive camera to take beautiful photos, there are many different apps that you can download (some free, the others are very cheap) that allow you to take beautifully crisp photos and edit them to make them the way you want them to look. The following apps were focussed on in the tutorial but there are many more appearing on the App Store every day.

The First app that you need to look at is Coretex Cam, and the main reason is that this app takes pictures that are of an extensively higher quality, resolution and size. Cortex Cam takes a series of images and then blends them together to try and remove image ‘noise’, the grainy effect you get on certain photos in low light or when zooming in.

Because it does this as well, you don’t exactly have to have the steadiest of hands however it works in a similar way to a long exposure so it makes taking images of mobile subjects difficult. Every image taken also has a large file size and resolution, on average 3072×4088, which is more appropriate for print than most stock smartphone cameras.

VSCO Cam (pronounced vizco) is another app that comes with its own camera that is very useful and, again, better than stock camera app. However even with its little tricks that feature in the app, this app’s strong points are in its photo editing features.

Before we get to the photo editing software, the camera has a nifty feature that allows you to focus on one object whilst drawing the exposure from another section of the photo.

However where this app gains its name and fame is from the many different photo editing features that you can utilise to make the most of your photos. I put it to the test, and you can lighten up a darkly lit photo by changing the exposure and the contrast to turn it from a) to b).

As you can see, with the right amount of testing and tweaking you can transform an average photo into something that represents what your eyes can see better. You can also make it look more dreamlike, it just depends on what the intention of your photo is and what emotions you would want to evoke.

Lastly, the final app that you can play about with is ‘TouchRetouch’ which acts like Photoshop and you are able to remove certain subjects or unwanted items from images. This app is very self-explanatory, and with a small amount of testing and tinkering you will be able to remove unwanted objects, like the example below.

In summation, you can do quite a lot in terms of photography with JUST your smartphone. Most people wouldn’t take your word for it if you told them that after getting yourself accustomed to using these apps they too could take beautiful, high-res images on a smartphone.
Also don’t think that these are the only apps that are available to you. There are a multitude of fantastic apps such as; Snapseed, Afterlight, SKRWT, AntiCrop and many, many more. So get out there – test, test and test again until you find the one that you like and how it works and become the next smartphone David Eustace.