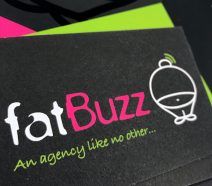 Gordon, Managing Director at fatBuzz gives us an insight into the current resurgence of print media, who is driving it and the implications for brands, and how sentimentality attached to paper is a factor that digital cannot compete with.

For some time now, I’ve been advising clients not to forget about print media as part of their marketing mix, however it was surprising to read recent reports suggesting that much of the revival in print media is actually being driven the demographic that many believe were the cause of its demise – Millennials, otherwise known as Generation Y. Furthermore, their younger siblings, Generation Z, commonly referred to as iGen, are also fuelling the resurgence in print media.

This has significant implications for brands, especially those wanting to connect with Millennials and iGeners. Bearing in mind that the iGen demographic (those born since 1996) will account for 40% of global consumers (and the workforce) by 2020, it pretty much means all consumer brands should take notice.

A couple of years ago I spoke at a conference alongside a speaker from the Royal Mail who highlighted that the biggest successes in Direct Mail campaigns were being reported by brands targeting Millennials; he attributed this to the fact that receiving anything by mail was unusual for this demographic, so they paid more attention when something dropped through their letterbox. However, new surveys and reports suggest there is much more to this connection with print than the novelty factor.

In a survey by Quad/Graphics, a leading global provider of print and marketing services, it emerged that more than half of Millennials ignore digital advertising, preferring instead to pay greater attention to direct mail and print advertising. The report also suggest that more than half of Millennials made a purchase because of something they read about in printed media.

However, the attraction to print goes much further than advertising; not only are these younger generations apparently seeking respite from digital content, they actual consider print media as more trustworthy and authoritative and report a stronger emotional connection with content delivered in print – a trend that is no doubt set to continue with the heightened awareness of fake news delivered largely via digital channels.

I certainly believe print creates a more valuable emotional experience and I don’t think I’m alone in this; most people I know would rather receive a birthday card in the post than a social media message. And a handwritten letter is surely much more valued than an email?

Emotional connections are largely made by appealing to our senses; the ability to see, touch and even smell printed media gives it a head start over digital. Imagine a restaurant that handed you a shabby sheet of A4 paper instead of a well-designed menu, you’d immediately question the quality of the food and the people making it. Touch and feel play a big part in our perception and increasingly business owners are returning to print and paying much more attention to how their collateral feels rather than just how it looks.

fatBuzz recently produced a new printed brochure and the response was somewhat surprising; some recipients received it as if it were a new idea, you could almost hear them say to themselves, wow this is novel! Usually, this is followed by the question, “could we do something like this?”. We’ve had other clients asking why we haven’t already done one for them and we get people calling the office asking for a copy to be sent to them.

Around the time of the global recession, we saw a drop in the demand for print, many companies elected to go down what they considered the cheaper digital route. Of course, this was never the right assumption, but it’s now that they realise the need to pay to get their content noticed online that they are also realising that, in many cases, print is a better option.

At fatBuzz, our Branding and Print Design department has never been busier. It’s difficult to put a handle on exactly why this is, but I suspect it’s for a variety of reasons that include all the above, but also because there are far greater options available in print. Personalisation is providing the ability to link digitally acquired data to printed direct mail, unique phone numbers and url’s make results in print media much more trackable and print is generally cheaper than it’s ever been.

Print should be a consideration in your marketing mix; better still, look at ways you can integrate it with your digital activity, and remember to pay attention to the younger generations – print media is not dead, it is, in fact, dead important!