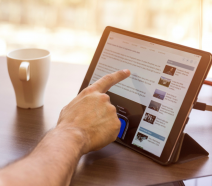 As we finish the final full month of summer, and more parts of the UK return to normal, it may start to feel like business as usual again as brands battle over designs and social platforms continue to roll out new updates.

However, there’s still signs that things aren’t quite the same as some brands change their slogans to meet the challenges of the times.

Here’s a roundup of some of our favourite stories to emerge in August:

As an effect of the pandemic two major brands are rethinking their slogans, but for entirely different reasons.

KFC is dropping the phrase “finger licking’” from their “it’s finger lickin’ good” strapline as a humorous way to acknowledge the changing hygiene standards that have come from COVID-19. While some customers have been frustrated by this playful nod to the times, we thought it was a creative way to bring some positive attention to the company.

John Lewis, on the other hand, is dropping their “never knowingly undersold” slogan which has been in place since 1925. Their price matching promise doesn’t apply to online purchases, but now that 70% of their business is done online the strapline seemed to have lost its effect. While there’s no definitive replacement yet it’ll be interesting to see what they choose.

Instagram has started prioritising video with their new short, creative video feature. This is different from IGTV or Stories, and has editing capabilities similar to those of TikTok.

Some benefits Reels has over TikTok:

At the moment, Instagram seems to really be pushing the Reels tool and featuring it in newsfeeds a bit more so it is a good time to start making Reels content for to get high visibility.

Battle of the Brands:

Coming up with new ideas can be difficult and, supposedly, copying is the highest form of flattery. It seems that brands Brewdog and Evian

Aldi vs Brewdog – Brewdog’s Punk IPA is one of their best known lines of beer so when Aldi came out with their “Anti-establishment IPA” with a can design that looked quite like Brewdog’s old branding, it raised a few eyebrows.

Never one to let things slide, Brewdog immediately responded by creating an ALD IPA, with can designs based on ALDI’s logo. Aldi took it in stride saying they’d be happy to stock it.

Coors vs Evian – When Coors released images of their refreshed branding, Evian felt like one aspect looked quite familiar. They offered to just send their branding guidelines over the next time so that Coors could really get the look right.

Both feature silver, red, and blue with mountain images, so there are certainly similarities, but it is still easy to differentiate between the visual identities. Coors provided no comeback to the snarky remark from Evian on Twitter.

These two ‘battles’ have been playful feuds online with no real animosity between brands. Approaching it in such a witty way has ultimately helped bring positive attention to all involved.

Before you tweet, you can now choose who can reply!  Three options have been rolled out: everyone (standard Twitter, and the default setting), only people you follow, or only people you mention

Twitter found that those who receive a lot of spam and abuse on their tweets would feel more comfortable using the platform with these new controls and in their original use case, it was shown to reduce clutter for an interview conducted via twitter that was difficult to follow due to hashtag clutter via replies and reactions.

There are fears that it could create an echo-chamber and silence debate or nuanced conversation on some subjects, but the hope is that it will be largely a positive step forward.

That’s our recap of what’s been going on in marketing this month!

At fatBuzz, we’re committed to consistently delivering a high standard of service and are able to provide a full range of digital marketing activities to help you engage with your community. If you’d like to find out more, get in touch today to find out how we can help.