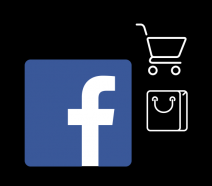 In a bid to evolve and make things easier for businesses, Facebook has launched a feature that will allow consumers to buy items directly from a brand’s Facebook page. This radical move could open up a world of possibilities for ecommerce retailers.

In an attempt to rival Twitter’s ‘Buy Now’ button which was added last year, the new Facebook feature will give you the chance to purchase a range of items, though an additional tab which will sit alongside the ‘timeline,’ ‘about’ and ‘photos’ sections on the brand’s page.

In this new section, companies can showcase their products in a layout and structure similar to the way photos currently appear. Many outlets already post pictures of new products or clothing lines, however page owners need to put a link to their product in the photo description in order for people to buy. At this point they are navigated away from Facebook and onto web, meaning that not only does Facebook lose the traffic, it also makes for a complicated multi-step process for the buyer. The Facebook shopping feature would streamline this process, making it easier for customers to browse and purchase, all without leaving the social network.

The structure seems to be part of a growing trend in social media, as Twitter rolled out a Buy Now button in 2015, with Pinterest launching a buyable pins feature later last year. The native shopping experience is thought to not only increase engagement for users, but also increase the time users spend on these social networking sites or apps.

It doesn’t appear as though Facebook will directly be making money from this feature, so it could be an exciting new marketing tool for brands, with an easy way to increase social interaction and engagement whilst increasing revenue.

For more information on how social media can help increase your revenue, get in touch.